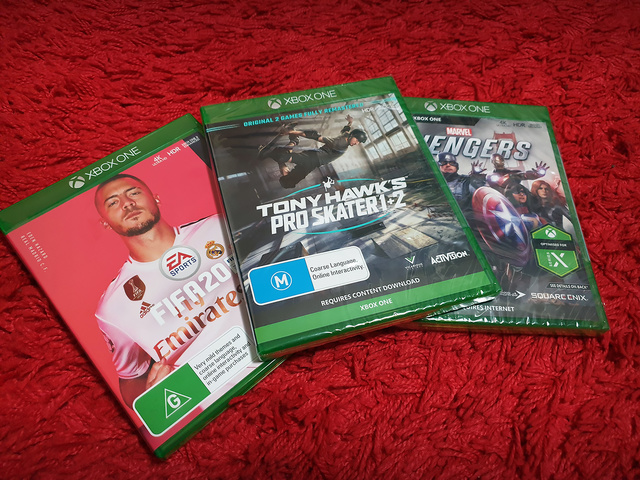 FIFA 20. have not played any FIFA since FIFA 13. but this was on super sale yesterday, so i just had to get it. cos afterall, FIFA is my "get home from work tired and i just want to play a non thinking game"

THPS 1+2 remastered. got this today cos .. hey, its Tony Hawk. i was playing these 2 games like crazy in my late teen years and early 20s. it was the only game other than Diablo that i was playing back then.

Marvel's Avengers. i probably would not have bought this today too. BUT. it features my girl Ms Marvel Kamala Khan !! i've been waiting for this game since it was first announced .. and i am so glad she's now a little more mainstream.

so yeah. goodbye to what little social life i have left. if you don't hear from me .. you know why.