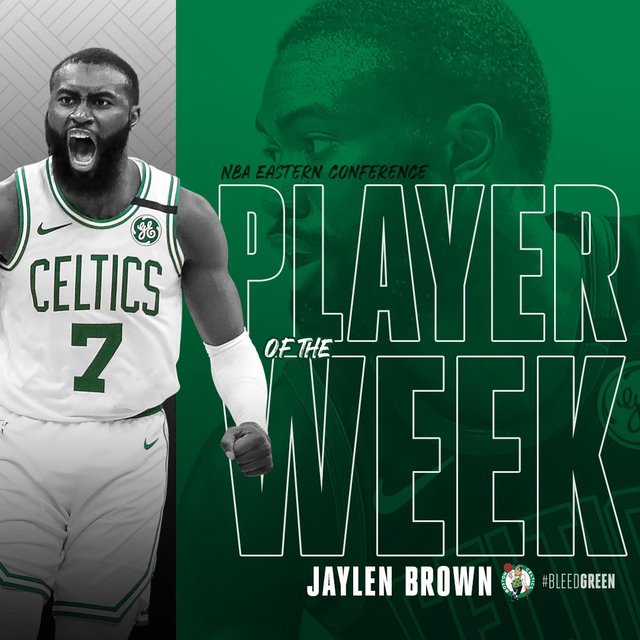 Jaylen Brown, my favourite Boston Celtics player, was just announced as the NBA Eastern Conference Player of the Week (Week 15). this is the second time he has won it this season .. making him the only other Celtics player to have multiple POW honours in a season, after Larry Bird, Antoine Walker, Paul Pierce, Kevin Garnett, and Isaiah Thomas.