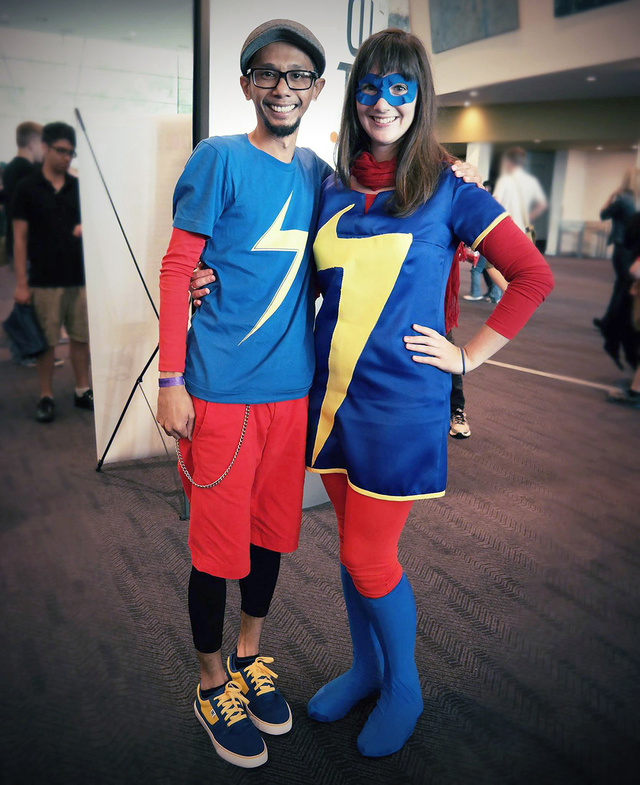 this decade had plenty of chapters for me - leaving a long term position to start my own company, being there for my youngest brother's wedding, losing some close friends and relatives, meeting new online friends who became good mates IRL, and many more.

but if i were to summarise my life this decade, it would be simply be ..

when Kamala was first announced, i was not really in a good place. but thanks to her monthly series, written by my (now) favourite writer G Willow Wilson, i slowly started feeling like myself again. i got back into comics, set all my social media accounts to public - which lead to meeting plenty new people online, and felt like my life was back on track again.

Kamala's introduction was in 2014 (photo above was taken in 2015). and until today, the majority of my social media posts are still about her (Pale Waves only came into the picture late last year). so yeah .. the majority of my life this decade was all about Kamala Khan et al.

I Am Ms Marvel Kamala Khan

if i were to have a "new decade resolution" - top of my list would be to finally get to meet co-creators G Willow Wilson and Sana Amanat (who i used to have a crush on) and everyone else who were, and currently are, part of the Ms Marvel Kamala Khan creative team - i have met a few of Kamala's variant cover (and interiors) artists like Stephanie Hans, David Mack, Mirka Andolfo, and Art Adams - but i feel like that's not really "achievement unlocked" until i meet any one of the regulars (past and present).