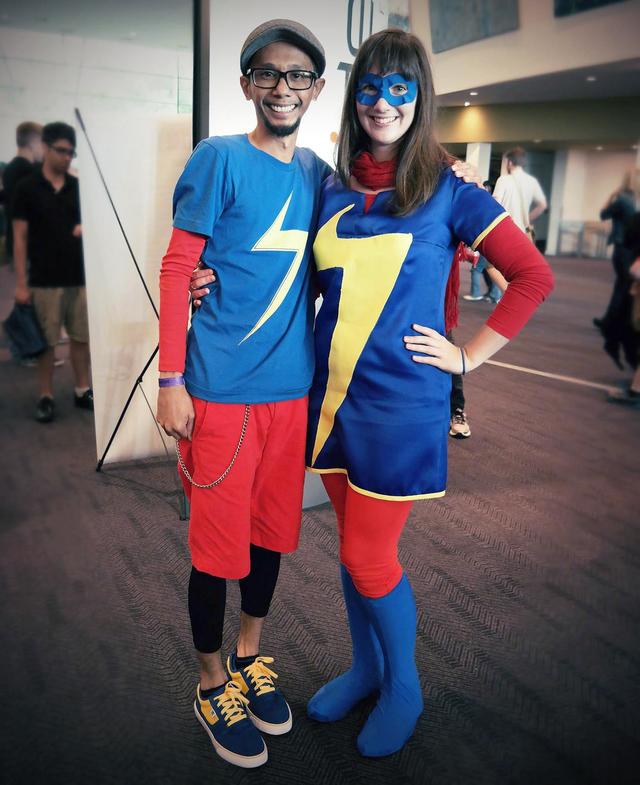 i got back into reading (and collecting) comics again, after a 14 year "break", thanks to the new iteration of Ms Marvel. when she was first announced, i thought to myself .. "a Muslim character headlining a book? no way this is gonna last."

so i started buying physical copies in the hope that my contributions will keep it alive .. all the while thinking it will still end pretty quickly, but at least i would have rekindled my love for comics.

i was also constantly posting about Kamala Khan on all my social medias to "raise awareness" - i'm sure my Google+ peeps were sick and tired of my posts back then - and cosplaying and dressing up in her colours.

it even made both the writer and editor (who were co-creators of the character) dub me the OG Kamala super fan.

and Kamala did become VERY popular, especially with the new generation of readers. and as more and more peeps got into her, i took a step back. i felt like my job was done .. well, plus it kinda felt weird having a 40+ year old man interacting with the much younger fans.

but early yesterday morning Perth time, at D23 Expo, a Ms Marvel series was announced. i felt like it was 2014 all over again .. crazy stan mode excited.

my life is now complete.